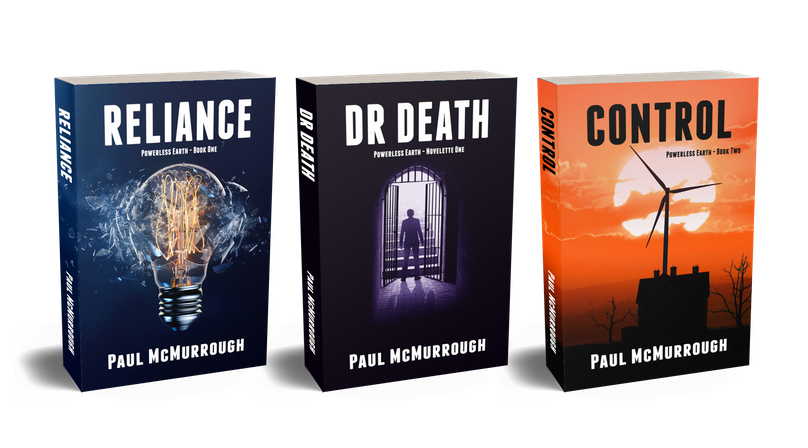 An eruption on the Sun leaves the Earth powerless, but is it a temporary inconvenience or the start of a spiral into anarchy?

Belfast Professor Martin Monroe knows the answers, but once branded a conspiracy nut, he struggles to get anyone to listen to his warnings of the impending disaster. His only friend, Simon Wilson, still coming to terms with the loss of his wife, is the only person who will listen.

Government Communications officer, Lisa Keenan, fights against bureaucracy, and her own lack of confidence, to get the word out. She enlists the help of Martin, despite the protests of her colleagues.

With a wife and new-born child to think of, Prison supervisor, Derek Henderson, must weigh duty against family and live with the consequences of his decisions.

Will the world’s total reliance on technology, and the electricity that powers it, lead to the irreversible disintegration of society on a global scale?

‘Some works of fiction are simply pure entertainment, while others go that extra mile; Reliance alerts us to just how close to the tipping-point the majority of our societies dwell.'